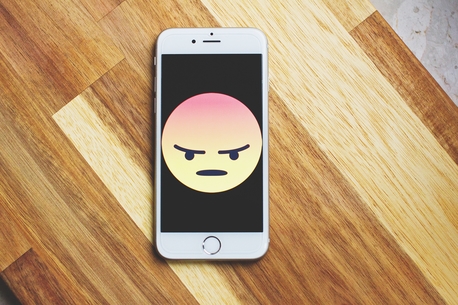 1 Cool Technique to Breathe Away Frustration

When you're angry,the worst thing someone can say to you is “calm down,just breathe okay!”This isn’t sound advice. Try this breathing technique instead.

By Category: Service Providers, This & That, Tips
During those moments of extreme frustration, anger, or confusion, the worst thing someone can say to you is “calm down, just breathe okay!” This isn’t sound advice. “Never in the history of calming down has anyone ever calmed down by being told to calm down.” This quote has shown up in various permutations across the internet. Be it Twitter, Reddit, Facebook, Instagram, Pinterest, LinkedIn, or some other social media platform, someone has said this. Or put it in a meme. Commanding someone to calm down isn’t going to work. It'll likely have the opposite effect.

There is nothing wrong with getting angry, frustrated, or confused. A weird push has gone out these days to “not let things get to you.” While that would be great, we live in an imperfect world. We’re imperfect people. You’re going to get angry. Don’t run from it. (On the flip side, don’t use it as an excuse to get mad about anything and everything) Instead, know that people, events, even movies, will make you angry. When that happens, and it feels as if the whole world is against you… Or you can’t believe someone can be that stupid… Or the bottom fell out… Breathe.

This breathing technique, believed to be popularized by the Navy Seals, uses a natural function of your own body to interrupt and reset your most powerful resource. It’s your mind. By breathing, adjusting the rhythm and pace of your breathing, your mind will react in a positive way. At first, this was called a “secret” technique, but given there’s plenty of articles, posts, and even this clip- https://www.youtube.com/watch?v=pq5EOFWYDCI -it’s safe to say the technique isn’t all that secret anymore. What matters is practicing this technique and utilizing it when you read about yet another politician saying something stupid.

Mark Divine, the author of the Time article above, dubbed it “Box Breathing.” (I’m not sure who came up with the technique, but it gained in popularity after that article) Inhale for four seconds. Hold your breath for four seconds. Exhale for four seconds. Hold for four seconds. Repeat. And continue to repeat until you feel your head clear. (Tom Wolfe, the instructor in the clip, uses a five count. The four-count has worked for me. Try out both to see which one is more effective for you) I speak from experience when I say that this does help, indeed, clear my head. Once my heart rate slows, I’m able to be more rational. I can recall a few specific times that I wasn’t “calm” after doing the Boxed Breathing. I was more rational though, so that’s a plus! Make sure you don’t do a long count though. Unless you want to pass out. That would be a little extreme.

More Than Just Calming Down

Boxed Breathing, if you want to keep calling it that, is helpful for more than just clearing your head. This technique is useful for stressful situations of any kind. When I’m writing and the words just aren’t coming, I sometimes focus on my breathing to clear my head. Once my head is cleared, the words come easier. It’s not a “magic bullet” for any sort of anxiety, but a tool to help take the edge off. I’ve also used a modified version for running. Don’t do a four count, but a three or a two-count. I’ve tried it on runs before and even did it this morning to confirm this hypothesis. My head does clear a little and I’m able to work past the pain in my legs to keep going. This is how I’ve managed to improve my pace. I’m no cross-country star, but it’s at least getting me through my half-marathon training. We’ll see if it helps when I run the entire 13.1 miles. Boxed Breathing is also helpful for tests. A nice little side-gig I had was proctoring tests. Texas has these standardized tests twice a year. For a good day’s pay, I got to proctor and monitor students testing. One such student, whom I was informed had anxiety issues, would breathe in a certain rhythm. She started this before the test began and continued until she completed it. Then she looked very relieved. I’m not sure if it was Boxed Breathing, but it worked for her.

There’s no need to prepare for this, it just takes focus to time the breathing. It can be used in anticipation of those special events where you know you can get aggravated. Start timing your breathing—in for four, hold for four, out for four, hold for four—and keep that up as long as necessary. If you keep you breathing quiet, no one will notice. Another situation you can use it in is when that “special” someone starts talking and your blood immediately starts boiling. In for four. Hold for four. Out for four. Hold for four. Repeat. They can keep talking while you work to keep your head clear. When they’re done spouting whatever insanity they take as fact, you’ll be ready. You can then add your opinion, or maybe not say anything at all. And just walk away. Boxed Breathing is a helpful tool that requires no extra gizmos or apps to use, just a little practice. There are other breathing techniques, from the Navy Seals and other fitness professionals, that you can use to keep your head clear in the moment. Just make sure to bundle your internet first. Look for the best Spectrum internet deals in your area so you can save money, time, and frustration. And the next time someone stupidly tells you to “calm down,” you’ll already be breathing and clearing your head so you can articulate exactly what you’re feeling. As well as how ignorant they are.