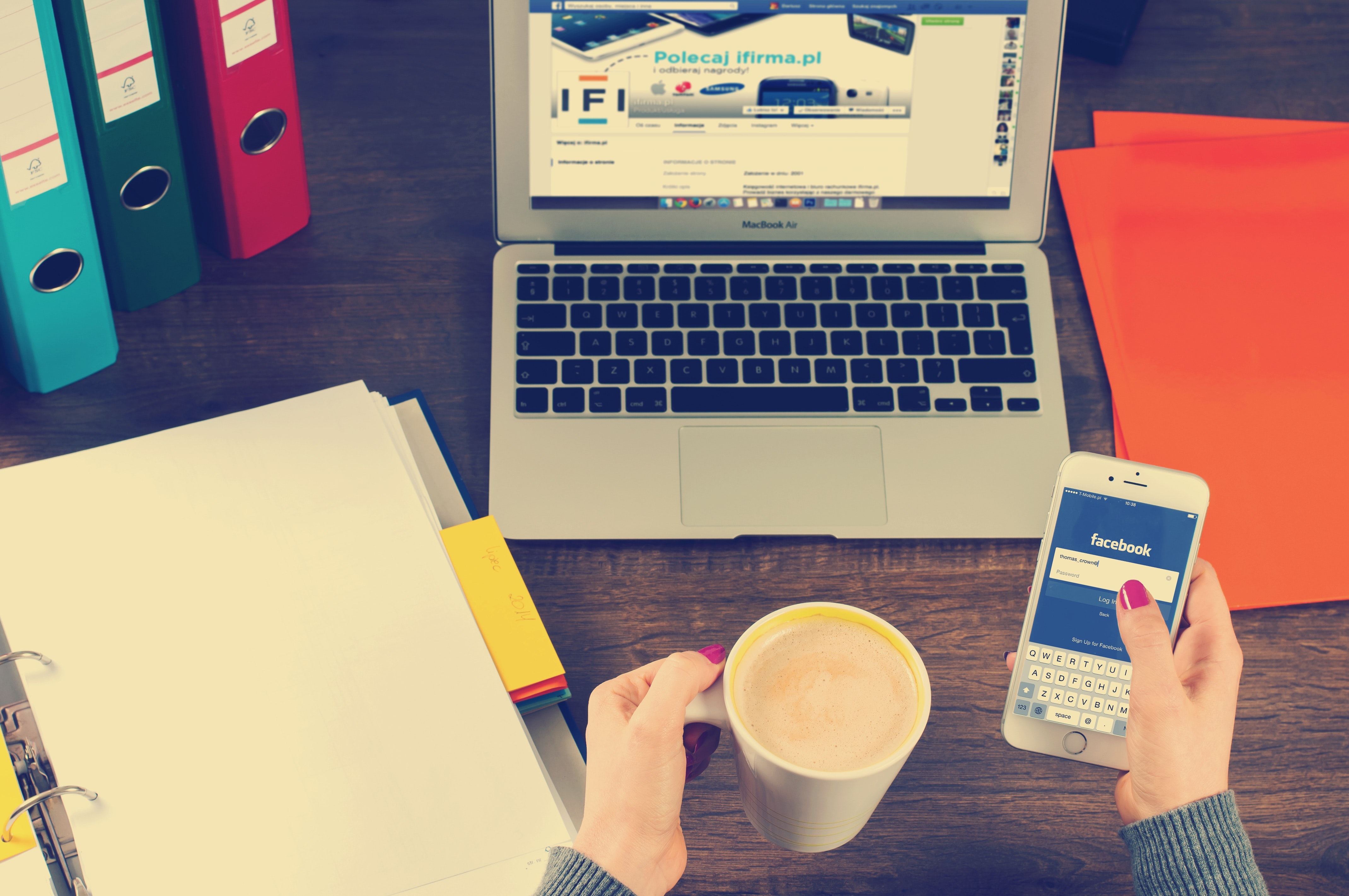 Facebook found and banned 32 pages linked to "inauthentic behavior." With fake news becoming more and more prevalent, how can we guard against it?

By Category: Tips, Technology, News
On July 31st of this year, Facebook announced they’d found and banned thirty-two pages that coordinated, what they call, inauthentic behavior. These pages were linked to campaigns that were designed to influence the upcoming mid-term elections in November. Back in March, Facebook had their Cambridge Analytica Scandal in which the political consulting firm had illegally gained private information from about 87 million Facebook users. Cambridge Analytica then used that information to plan ad campaigns. To prevent something like that happening again, Facebook has begun working with the FBI and hired on more human fact checkers for ad campaigns and to weed out suspicious accounts. This is reassuring to hear. At the same time, it’s frustrating. I read about these things happening and I get paranoid. It doesn’t help that I already get jittery for pointless reasons.

I live in San Antonio, TX, and back in the fall of 2017, Hurricane Harvey hit the Texas coast. Houston bore the brunt of it. San Antonio was spared a lot of the flooding and destruction. A week later, however, rumors spread that there was not enough gas to go around for the entire state of Texas, or at least San Antonio. A run on the pumps ensued. I saw lines of cars about a mile long to get to pumps because everyone thought gas was going to run out. All these rumors turned out to be false. There was a hitch in the supply chain, but San Antonio had enough reserves on hand to handle a normal amount of people getting gas for a weekend. When an above average amount of people ran to the pumps to top off their tanks, that’s when there was a problem. Thanks to some misinformation, I had to put up with long lines at the pumps. Campaigns like this, be they viral or engineered, make me paranoid. I never know when it’s going to happen. When it comes to seeing ads or news stories on my Facebook feed, I am skeptical that they’re fabricated, or heavily skewed, to give the wrong impression. Sometimes the stories turn out to be true, other times they’re false. Like San Antonio running out of gas. So how can I know? Thanks to websites like factcheck.org, politifact.org, Washington Post’s Factchecker, snopes.com, and Decisive by Chip and Dan Heath, there are ways to combat my paranoia. They’re also helpful for determining if the information contained within is true or not. It’s not a process or a 100% effective method for ascertaining the validity of an article. These are helpful steps to keep me from reacting and doing something stupid…like all the idiots who drained San Antonio of gas in late August of 2017.

Check with Other Sources

I remember hearing about the gas scare as I left my house on a Thursday. I didn’t think much of it. In fact, I believed it to be false information. When I saw other cars pulling into the nearest station, I began to wonder. After some needless traffic, I arrived home and did a search. Come to find out, more than three news stations were running stories about the misinformation when it came to gas availability. I was right. By then, however, the scare had taken hold and gas stations went dry.

Hearing about the gas scare I first doubted it. When I saw the cars lining up, I could help but worry. Since so many people believed the news that San Antonio was about to run dry, it must have some truth to it, right? I started to second-guess myself and was tempted to get in line for the nearest station and wait to fuel up. When other people are reacting a certain way, it’s easy to assume they know what they’re doing. In this case, my grandpa had some wise words to share. Most of what he said wasn’t always wise, but every now and then he hit the mark. If the subject was assumptions, it was one of those rare moments- “When you assume, you make an ass out of you and me.” Another nugget of wisdom applied to this situation- “Never underestimate the power of stupid people in a large crowd.”

Take a Step Back

By checking other sources and taking a moment not to get caught up in the crowd, we’re giving ourselves a chance to clearly assess the situation. By distancing ourselves we’re able to get a better idea of what’s going on and see if there’s a real reason to worry. This option isn’t always available. You may have an impending deadline or find yourself without the time to clearly assess your surroundings.

On Facebook, in the news, or when you’re hearing gossip from a friend, always—always—assess the source. Usually, it’s from one person or outlet and others took it and ran with it. It may take some time to figure out who said what and where the “knowledge” came from. But do yourself a favor and stop yourself from jumping to the conclusion because one person said something.

Accept Your Own Biases

This one is difficult, especially for me. After years of thinking a certain way, we’re going to look for sources that confirm what we’ve always believed to be true. Sometimes we’re correct in our thinking, something we’re not. But if only look to those sources that confirm what we want to hear, chances are high that we’ll make the situation worse. For example; I loved rainbow sherbet. It was my favorite ice cream for a long time. That is until my wife pointed out that it’s not ice cream. After debating her, heatedly, for two hours, it turns out I was wrong. I still like rainbow sherbet, but I’ve had to find a new favorite ice cream flavor.

When it came to the gas scare, I was right when I doubted there was a shortage of gas in the San Antonio area. When it came to rainbow sherbet, I was wrong even though I heatedly defended my position that sherbet is a dairy-based desert, hence, it’s ice cream. Sherbet, as it turns out, is juice based. It’s not ice cream. I’m still married though, so that’s good news. When it comes to something we believe—politically, ethically, religiously—there are those times when we’re proven wrong. It may be because we’re overconfident or doubt the validity of a counter-argument. It’s not easy to accept there’s a truth out there other than our own. It’s not the end of the world though. Much like rainbow sherbet, there are other ice cream flavors out there that we can enjoy.

As people work to influence a wider audience, it’s up to us to double-check the validity of their claims. As for Facebook, we need to be aware of the amount of information that comes across our newsfeed and the fact that it’s not always 100% true. When it came to the gas scare of 2017, it turned out to be a viral post on Facebook that was completely unfounded. This only illustrates the need to check out the truth of a story before we begin to believe it.   And as always, check out the best internet and cable packages so you’re at least saving some money. Feel free to double check our numbers as we’re always hunting for the bundle deals to fit any budget and we’d rather get it right than make a sale.