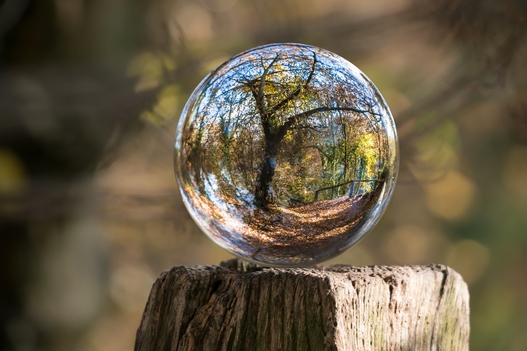 Get Ready for the Holodeck

Looking Glass Factory may have put themselves into the history of the holodeck. This idea has already been around for awhile...thanks to sci-fi.

By Category: Business Internet, Entertainment, News, Reviews, Technology
Looking Glass Factory may have put themselves into the history of the holodeck. The technology startup has introduced hologram displays available for purchase through a Kickstarter campaign. These displays project virtual images through a lenticular lens, from 45 distinct views to give the illusion of three dimensions. You can pick up the display and turn it to see different parts of the image on display. We’re now one step closer to a fully integrated and immersive holographic experience. This idea has been floating around our collective consciousness...thanks to science-fiction.

https://www.youtube.com/watch?v=oZwtVz7z0wM Star Trek made popular the concept of the interactive holographic display. Though not really utilized until The Next Generation spin-off, The USS Enterprise-D had an entire level of the vessel committed to this unique entertainment experience.

Data gave the hard science explanation. And now for plain-English: light is projected to create three-dimensional environments that are fully interactive. Different environments could be loaded in seconds and based entirely on the whim of the person using it. The writers even went as far as to say that holograms could be solid. A solid hologram opened the door for the element of danger as blades and bullets would be lethal. Having solid holograms may have been less about science and more about practicality, as the budget for the show couldn’t produce the necessary effects to truly give the illusion of a holographic environment. With the science explained, the writers for The Next Generation, Deep Space 9, Voyager, and Enterprise, all used holographic technology liberally in their stories. Again, it had practical uses to explain away why the crew kept showing up in places that looked a lot like southern California. “This is a hologram!” Someone would explain, and the show would continue. The writers also used holograms to hand-wave away deceptions. If the villain, or the good guys, needed to create a convincing forgery to trick someone, they’d lure their mark into the holodeck. This technique is in use so much it now has its own trope. Deep Space 9, is set somewhere other than a Federation vessel, had the holosuites. The same concept, just a different name. Voyager went as far as to create a character, The Doctor, using it. An intriguing idea until the discovery that the charact couldn't leave the ship. To solve this problem, the writers gave The Doctor a piece of future technology that allowed him to walk anywhere. But the writers for Voyager ran the character into the ground as it seemed they didn’t know how to develop flesh and blood characters. That’s enough on that topic…for now.

The Looking Glass also works with various haptic devices. Motion controllers, like Nintendo’s Joy-Con, the Leap Motion controller and others, can connect to The Looking Glass to allow users to interact directly with the designs. This type of virtual reality interaction, seen in the book Ready Player One by Ernest Cline, as well as the movie, are just a step on the journey towards a fully interactive environment. With Ready Player One, interacting with the Oasis requires the use of goggles, haptic gloves, and omnidirectional treadmills (a much better explanation is in the book). Given the book is set twenty minutes into the future, this isn’t too much of a stretch. I shudder to think of the cost and labor required to install all that equipment in my house. I think I’ll just wait until a fully-immersive environment is rolled out and ready to go. But not The Matrix. While interesting and certainly a possibility, I’m not keen on jamming a needle into my brain to travel to a digital environment.

Through The Looking Glass

With The Looking Glass Factory launching this new product, the holodeck is closer to becoming a reality. How soon that reality comes to fruition is still an unknown. Creating a three-dimensional image on a lenticular lens is one thing. Creating a fully-immersive three-dimensional environment that could possibly kill you– is something entirely different. Despite the gap between today’s technology and Gene Roddenberry’s vision of the future, we’re slowly closing that gap. All it takes is for someone to say “I think this would be a cool idea.” After that, someone inevitably says “yeah, let’s make it a reality.” Until Edgar Rice Burrows and Jules Verne wrote about adventures in space, no one had really thought about leaving the boundaries of the earth. Then more and more people started writing about it and theorizing how it would work. Soon John F. Kennedy is standing in front of the nation and calling for a program to send a man to the moon and back before the end of the decade. It’s often the dreamers who dream that lay the groundwork for what’s to come. It’s said Roddenberry’s fascination with science-fiction began when someone handed him a copy of Astounding Stories. Had that not happened, there would be no Star Trek, no holodeck, and no Looking Glass Factory trying to make holographic displays. Find out for yourself by visiting The Looking Glass Factory and Start Trek: Memory Alpha. Before you do, save yourself some headache with the internet bill by finding the best Spectrum internet bundles. You get to cut down on bills and streamline your services. After that, you can boldly go…wherever your imagination takes you.