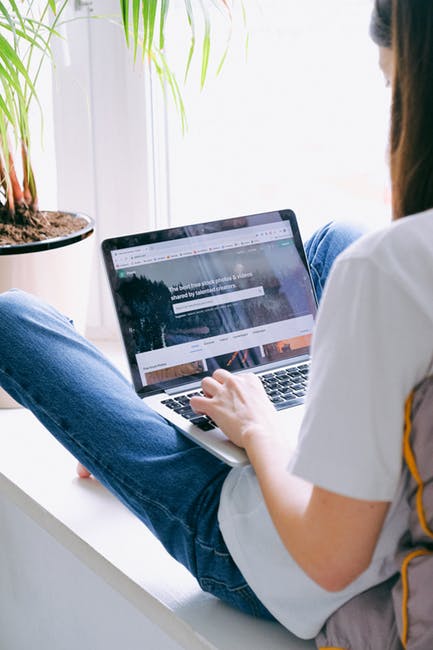 If you're searching for the best internet deals that April 2020 has to offer, look no further! From broadband to satellite, these are the packages not to miss!

However, you're in luck. This article will highlight all the best internet deals from Viasat, Hughesnet, Rise Broadband, CenturyLink, and AT&T for the month of April 2020.

Many internet service providers are raising speeds and suspending data caps to help families sheltering in place during the coronavirus pandemic.

The Federal Communications Commission launched a Keep Americans Connected Pledge that is meant to provide additional aid. Companies that sign this pledge are agreeing to not terminate service over late bills. Many will also waive late fees and open up WiFi hot spots to all who need them.

While there were initial fears that the internet wouldn’t be able to handle an overload of usage during the pandemic, these worries can in all likelihood be laid to rest. Insofar, providers are coping with the demand and working to improve functions.

Here are the best deals certain providers are offering, starting now through April.

If you live in a remote area and have been struggling to find an internet provider, then Viasat (formerly Exede) might be what you're looking for. They're a satellite provider able to bring internet where cable providers are not.

Viasat is also following the Keep Americans Connected Pledge. For the next 60 days, Viasat has agreed to not terminate service to anyone unable to pay their bill. They are also going to waive late fees and open WiFi hotspots to everyone.

This is the lowest tier package from Viasat. You'll get up to 12 Mbps speeds with it and have a data cap of 35 GB.

After the first three months of service, your monthly bill will increase to $70 a month.

With download speeds up to 25 Mbps, this is often enough for an average family that uses the internet in the evening. For this package, you have a data cap of 60 GB.

After three months of service, your monthly bill will increase to $100 a month.

For a larger family that streams and games often, you may want this package. The Unlimited Gold offers 50 Mbps with this package and a data cap of 100 GB. These speeds and data will allow a couple of family members to get on their devices at the same time and stream and surf the internet.

After three months of service, your monthly payment will increase to $150 a month.

The Unlimited Platinum plan gives up to 100 Mbps and a data cap of 150 GB. This plan is perfect for a family of internet users who all want to game and stream at the same time. The high data cap means you won't face any additional charges either.

After three months of service, this plan will increase to $200 a month.

If you aren't interested in Viasat as your satellite provider, then your other option is HughesNet. If you're looking for cheaper plans and excellent customer satisfaction, then HughesNet wins in these two categories.

Unlike with Viasat, HughesNet doesn't hike its prices up mid-contract. All HughesNet plans offer 25 Mbps. They price out their plans based on the data cap.

Plans for HughesNet are as follows:

HughesNet is running a special deal right now where you get $10 off your monthly bill for the first 12 months of service. Typically, the 10 GB plan runs $59.99.

This plan is ideal for either a single user or a couple. Two people will be able to browse the internet or stream their favorite shows without exceeding their data. You’re capped at 10 GB a month. If you exceed this monthly allowance, your internet speed will be reduced.

This plan is best for a small family who enjoys surfing and streaming shows. While the data cap for this plan is enough for many families, that's only if you don't have multiple people streaming shows at the same time often. If you exceed your 20 GB of data for the month, your 25 Mbps internet speed will run at reduced speeds.

This plan offers up to 50 GB of data. For most families with heavy internet users, this will be more than enough data. If you exceed the 50 GB cap, your internet speeds will slow.

Rise Broadband is a fixed wireless provider. It serves regions such as the Midwest and Southwest in the United States.

Plans for Rise Broadband are as follows:

This plan comes with download speeds of 5 Mbps. If you don't plan to use your internet often, then this package is best. The Economy package is best-suited to a single person or couple who use the internet every once in a while to check their email or social media. It isn't intended for heavy use like doing video conferencing every day for remote work or streaming shows.

With the Preferred deal, you get internet speeds up to 10 Mbps. This package is ideal for a single person or couple who enjoy surfing the internet and streaming Netflix shows together.

With download speeds of 15 Mbps, this is enough for many small families. If you plan to have a couple of people on their devices at the same time, then you may consider opting for this plan. However, if there are multiple people who plan to binge their favorite show each day, or who do video conferencing on a daily basis for remote work, you might opt for a larger package.

In accordance with the tenets set forth by FCC's Keep Americans Connected Pledge, CenturyLink is suspending data caps and more. From now until mid-May, CenturyLink has agreed to not cut service to customers unable to pay their bill. They are also waiving late fees and making public hotspots free.

If you're willing and able to use paperless billing, CenturyLink is also offering cheaper rates for its customers. Their packages include:

This package will give you up to 20 Mbps. There's no contract to lock you in, and it also has built-in WiFi.

If you have only one or two users in your home that are using up to two devices, this deal will work for you. With this package, you'll be able to browse the internet and stream shows without paying for more than you need.

If you're a gamer who enjoys streaming on Twitch, then this package will meet your needs. You get up to 80 Mbps with this package. You won't have a contract that locks you in, and it comes with built-in WiFi.

If you have three to four internet users at home who all use multiple devices, you should be good to go with this package. With speeds up to 80 Mbps, you can stream, surf the internet, post to social media, and more. This is the most popular plan that CenturyLink offers.

If you have a larger family who are all heavy internet users, you'll want this package. You get up to 100 Mbps, as well as no contract. It also comes with built-in WiFi like all the other packages.

This package will eliminate lag times and allow everyone in your household to connect to their devices at the same time. This is one of the fastest internet deals CenturyLink offers. With this package, you will reduce ping times, cut down on latency issues, and be able to share connectivity with friends and family who visit without hurting your download speeds.

AT&T is adhering to the Keep Americans Connected Pledge by giving unlimited data caps. They will also not terminate service to anyone unable to pay their bill, and will waive fees due to late payments.

One of their special deals includes getting $250 on an AT&T Visa Reward Card if you bundle your television and internet through them.

You get speeds up to 100 Mbps with this plan so long as you bundle your internet. In addition to the monthly charge for the service, you'll also have $10 per month for the equipment associated with your service. If you're a first-time customer, you can also expect to pay either $35 activation fee where you self-install all the equipment, or $99 installation fee where a tech comes out and does everything for you.

For the first twelve months of service, you'll pay $39.99 a month for fiber internet that's bundled with another AT&T service. After the twelve months, your rate will go up to $59.99 a month. In addition, there is a $10 per month equipment fee that will be added to your bill.

This package offers ultra-fast internet speeds up to 940 Mbps. If you run a business or have a large family of active internet users, then this offer may appeal to you. With such high internet speeds, multiple people will be able to use their devices at the same time to surf and stream.

Which Plan Should You Choose?

The first question you should answer is which type of internet service provider you want to go with.

Do you live in a rural or urban area? Your location will determine what type of provider you can go with. If you're in a more urban area, then you have more options at your disposal. You can choose between cable or fixed wireless or satellite. If you live in a remote rural area, then satellite might be the only option available to you.

After that, you'll need to compare prices, the speeds available for each plan, and whether there are any data caps. One provider might have a great bargain on a package, but have a data cap. Another provider might be a bit more expensive and have slower speeds but have no data cap.

Once you've narrowed your list down, you'll also want to look into what their contract looks like and whether there are any special deals running. Many internet service providers are offering discounts for the first few months of service right now.

Watch out for price hikes though. Some providers increase the monthly bill after a few months. These increases are sometimes huge, at $50 or more.

Finally, read through customer reviews. This will expose all the hidden practices an internet service provider does and how any issues are handled by representatives.

There’s a Plan for You

As you can see, there are numerous internet deals going on right now. There are multiple internet service providers to choose from, whether you live out in the remote countryside or in a dense urban area.

You should also remember that the prices listed in this article are not necessarily set in stone. Since internet service providers are driven by profit, you as the customer have some leverage in negotiating the price. Be sure to do your research about what other internet service providers are offering and then see if you can haggle a lower monthly price with a sales representative.