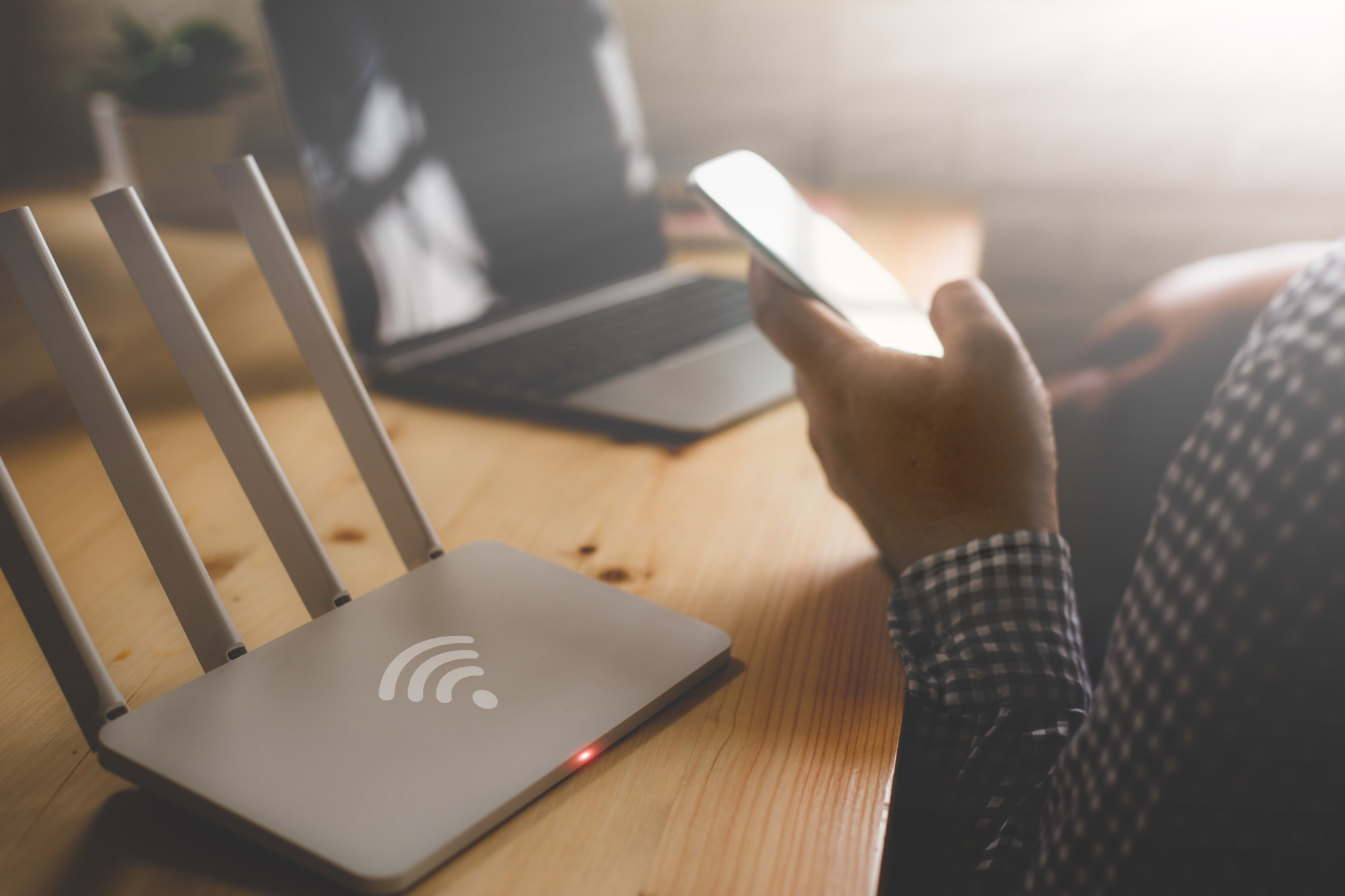 Whether you're looking to set up, switch, or upgrade your existing internet service, explore the best internet providers of 2020.

According to Pew Research, 28% of Americans claim to be on the internet constantly. And whether you use the internet for work, personal affairs, or anything in between, it's important to have fast and reliable internet service.

But not all internet services are created equal. That's why it's so important toknow about the best internet providers in your area so that you can get the best internet possible. But with so many options out there, it can be difficult to know which ISP (Internet Service Provider) is right for your situation.

Don't worry, we're here to help. We've compiled a list of the best internet providers and categorized them by what they do best.

Interested in learning more? Continue reading and we'll walk you through everything you need to know.

CenturyLink offers its customers DSL internet service that can run from 1.5 Mbps to 35Mbps. It's worth pointing out that you'll end up paying the same amount for 1.5 Mbps as you would for 35Mbps. This is because you're paying for the fastest speeds available in your area.

If you live in an area that gets close to 100Mbps then you'll have a great deal on your hands. Since you'll be paying the same amount as someone who's getting 50Mbps.

AT&T consistently ranks high on J.D. Power’s U.S. Residential Internet Service Provider Satisfaction Study. Their fiber-optic network delivers fast and satisfying internet speeds that can reach all the way to1,000 Mbps (1 Gbps) in some areas. This type of connection is especially useful in big homes with a lot of internet activity, especially when it comes to streaming.

If you're not in a fiber-optic area, going with AT&T’s DSL is also a great choice. They can deliver speeds up to100 Mbps and they also offer generous data limits.

AT&T's internet service is currently available in 21 states, with the greatest coverage area in Florida, Texas, and California. Their fiber-optic options are mostly available in North Carolina as well as in Atlanta, Houston, and Dallas.

If you're looking for the highest quality fiber-optic internet service around, look no further than Verizon. They offer internet speeds from100 Mbps up to 940 Mbps. And a 2018 report from the FCC shows that the actual average speeds for Verizon's services are faster than what they advertise.

This is great news for anyone who plans to do a lot of online gaming, video conference, and video streaming. In particular, Verizon Fios is great for gamers because they tend to have the most consistent and fastest speeds.

The sad part is that Verizon Fios is only available in eight states as well as Washington D.C. To be fair though, they still serve more people than any other fiber-optic internet provider. Hopefully, their reach will continue to expand.

Currently, Verizon Fios is only available in Maryland, New Jersey, Pennsylvania, Virginia, Delaware, Massachusetts, New York, and Rhode Island. And the Fios service isn't available throughout those states but rather in highly populated areas.

Its DSL service is pretty limited too. People who live in a rural region outside of the East Coast probably won't be able to get Verizon's internet services at all.

Although satellite internet is inherently slower than other internet types, HughesNet offers25 Mbps in every one of their plans. And if that sounds like a slow speed, just know that the same FCC report referenced earlier found that HughesNet's speeds are actually almost double what they advertise.

With all that said, you're going to have to decide on your data limit. Many customers will get to pick from10, 20, 30, or 50 GB of data per month. You'll likely want to avoid choosing too low of a number.

Once you reach your data limits, your speeds may very well dip below3 Mbps until your next billing cycle comes around. And a speed that slow won't let you do anything other than some basic browsing on the web.

A big plus though is that you're in the "free data zone" between 2 am and 8 am. That means that any internet usage that goes on during that time isn't counted towards your monthly allowance.

Customers of HughesNet can also use the company's handy app so that they can track how much data they've been using and manage their services. This way, you're never caught off guard if your data gets restricted.

If you just need some basic internet and don't want all the bells and whistles and costs that come with those bells and whistles, then Frontier is the right pick for you. For $28 a month, you'll get the6 Mbps plan, referred to as Frontier Internet. This should be enough for you to stream videos and also browse the internet.

If you've got multiple devices running at the same time, then you'll probably run into problems. But for small households who don't demand a whole lot from their internet service, this can be a cheap and useful option.

All of the plans from Frontier come with a no-contract option. This is great for people who are changing jobs or planning on moving soon. While most companies charge big early termination fees or make you pay other costs for ending your plan, you don't have to worry about that with Frontier.

And their plans come with a two-year price lock so you don't have to worry about prices being raised.

Spectrum's cable plans are both fast and reliable. With practically any plan, you'll be able to stream high-def videos, play video games online, and browse Instagram on your tablet all at the same time. They also offer great contract buyouts for those who are thinking about switching providers.

If you get their Triple Play package, you'll get free installation, free DVR service, and free Wi-Fi setup. You can also bundle your internet with phone and TV service at an unbeatable discounted price.

WOW!, which stands for Wide Open West, is perfect for anyone who plans to use a lot of data. While most ISPs set data caps at around 1 TB, WOW! doesn't have any data caps. This makes it an excellent choice for people who work from home and download large files.

WOW! also offers no-contract plans. Unfortunately, they do charge more for these kinds of plans but that makes sense. If you decide to get a contract in order to pay a lower price, you'll be paying for WOW! for the next two years.

That's a fairly long time. So before you make a decision, consider using their 30-day money-back guarantee to test it out for yourself.

Rise Broadband provides its customers with a fixed wireless internet service. This is a popular alternative to DSL and cable providers.

In order to provide internet wirelessly, an access tower in your area beams the connection to an antenna that's been installed on your roof. The internet is then distributed throughout your house via a Wi-Fi router.

In rural areas,many people really can only choose between Rise Broadband and HughesNet. A benefit of Rise is that they tend to offer more data for less money.

While Viasat (formerly known as Exede) may seem a lot more expensive than cable and fiber internet plans, it's more or less the same as satellite internet plans. One thing to know about Viasat is that after you sign up for one of their plans, they will likely raise the price on you three months later.

With that said though, Viasat tends to charge less per megabit per second than HughesNet does. So unless you're satisfied with HughesNet’s low data caps and 25 Mbps, Viasat is likely going to offer you a better deal.

Best for An ISP That's Mainly Focused on Internet: MetroNet

While MetroNet does offer some TV and phone services, they're clearly putting all of their attention on delivering the best internet they possibly can. This company offers quick fiber internet connections at good prices. They don't have data caps and they offer great service.

MetroNet is one of the smallest ISPs around but their Gigabit offerings are quite large. Gamers and heavy streamers will appreciate the fact that none of their plans come with data caps. And their internet-only packages come with either100, 200, 500,or 1,000 Mbps.

Cox has a plan for just about everyone out there. And their prices are fair so you'll get what you pay for. And for people who don't need super-fast speeds, Cox can be a sensible and reliable option.

But you don't have to stop there. Their150 Mbps and 300 Mbps plans will likely get any job done. But if that's not enough for you, then why not go all the way up to their1,000 Mbps plan?

As you get higher up, their prices stop being as competitive. But for those who are looking for simple and reliable internet at great prices, you should definitely consider Cox.

Optimum might not seem all that great at first glance. Their speeds max out at 400 Mbps for example. But their features like no-contract packages, unlimited data, and Price for Life guarantee on their 400 Mbps plan are all worth checking out.

When you combine Optimum's no-contract policy with their Price for Life guarantee, you end up with a great choice for anyone who doesn't like being tied down to one package. This is especially useful for renters and college students.

It's worth pointing out that Optimum only offers two internet plans. Those two plans provide either 300 Mbps or 400Mbps. While those plans aren't very flexible, they're still great speeds for the majority of internet users out there.

For those who want a wired connection in a rural area, Windstream could be just what you're looking for. While they've had a rocky history, including a recent bankruptcy, the company has since been able to create a growing and strong network connection that stretches from southern Texas to the Canadian border.

While satellite internet can be convenient if you're really out in the country, DSL runs through your phone line and can provide you with higher data caps and internet speeds. And in some areas, Windstream has even set up fiber optic internet.

While Windstream's plans are no-contract, they're not Price for Life, so they can go up at any time.

The Importance of Knowing About the Best Internet Providers of 2020

The Internet is a funny thing. It's something that we all rely on but many of us don't really understand how it all works. But by learning about the best internet providers around, and the different types of internet services they provide, you can become a much more confident and informed purchaser.

Are you currently looking for the best internet providers in your area? If so, contact us today and see how we can help you!