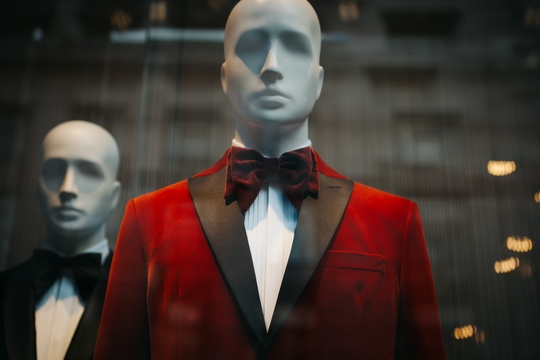 Which Virtual Assistant is the Smart Choice?

Virtual Assistants of today are displaying the very early phases of science-fiction virtual assistants like Jarvis. With their help,soon we'll superheroes.

By Category: Entertainment, Apps, Tips, Technology, Product Reviews
https://www.youtube.com/watch?v=ZwOxM0-byvc Virtual Assistants, run by AI, are displaying the very early phases of Jarvis. True, they are not to the level of Tony Stark’s trusty assistant Jarvis…yet. The good news is we are closer to realizing virtual assistants that could outperform even Jarvis. Soon everyone may have access to a highly competent and integrated virtual assistant...even if we're not superheroes. For now, we'll have to continue taking care of our living spaces on our own. Sorry. On the upside, there are smart home devices available now for you to install in your home. These require a virtual assistant to run, either by voice or through an app. There will be some work and costs required up front, but with a little planning, you can have your smart home devices running the trivial to minor tasks of your house. This will save you time, and ultimately, some cash. Finding the right virtual assistant to help you can be a difficult choice.

Virtual assistants act like a butler or a maid. The main difference is they're automated and available to everyone. No longer do you need to pay a hefty annual salary in exchange for a “gentleman’s gentleman.” Instead, there’s Google Assistant, Apple's Siri, Microsoft’s Cortana, and Amazon’s Alexa. There will be more as the demand for better and better virtual assistants increases. As of this writing, Assistant, Siri, Cortana, and Alexa are the top four available. They may not be of the caliber of Jarvis, yet they do bear striking resemblance to the Marvel Comic’s character, as well as other highly qualified, though fictional, assistants.

Long before Downton Abby, PBS would broadcast the hilarious British comedy Jeeves and Wooster, based on characters created by PG Wodehouse. You may not recognize the names, but you’ll recognize the stars. Hugh Laurie, playing the role of Berty Wooster, is better known for his role as the Vicodin-popping genius of diagnosis-- House. Comedy legend Stephen Fry took on the role of the ever-present, ever helpful- and ever clever- Jeeves. "Clever and helpful" is a good description of Amazon’s Alexa. When paired with the Echo and the Dot, Amazon’s smart speaker system, Alexa excels at answering questions and getting the answer right…most of the time. She can also help with finding directions, providing updates on traffic, and making calls.

Bruce Wayne, the troubled but wealthy orphan, always has help from Alfred Pennyworth. Alfred, though played by many actors over the years, is the epitome of jack-of-all-trades servant. Broke down car? Alfred knew how to do that. Computer code needs writing? Alfred knew how to do that. Multiple gunshot wounds that need bandaging? Alfred knew how to do that. For the sake of this post, Michael Caine’s interpretation of the character is the most iconic. While Alfred Gough did step into the role more often, the gritty realism and paternal affection of Caine gave the character depth and elevated him to a serious part of Christopher Nolan’s Dark Knight Saga. Sadly, Jeremy Iron’s talents are wasted on the tiny role of Alfred Pennyworth in the newer incarnation of the Caped Crusader. By setting Michael Caine as the Alfred Pennyworth, Microsoft’s Cortana most closely resembles this famed assistant. Thanks to Microsoft’s heavy involvement in the development of the personal computer, a huge database of information is available to plug Cortana into. The result is a virtual assistant who can answer more questions and answer them correctly.

Born on the pages of Iron Man, Jarvis was at first a person. For Marvel’s Cinematic Universe, however, Jarvis was turned into a true virtual assistant. Integrating everything Tony Stark needed, Jarvis was every present and ready to help. All Tony had to say was “Jarvis…” and the awesome voice of Paul Bettany would pipe in with “Yes, sir.” Of course, by the second Avengers movie, Paul Bettany finally gets to flex more than his vocal chops and takes on the role of The Vision. Despite this vocational change for the character, Jarvis assisted Tony Stark through all three Iron Man films, even saving his life. Google Assistant is the closest approximation we have today of Jarvis. Scoring better than Alexa and Cortana in answering questions, and answering them correctly, Google Smart Home products are also cheaper than Amazon's.

Played by the stellar Annie Potts, Janine Melnitz was the, ahem, below average secretary to the Ghostbusters. Competent in her work, she really complained more than anything. Annie Potts, because she’s an awesome actress, made the character funny and held her own against Bill Murray, Rick Moranis, Harold Ramis, and Dan Aykroyd. Apple Siri fits this description the best- not very helpful but can joke a lot.

Time to Get to Work

Unlike their fictional counterparts, these assistants are real and will help with tasks when asked. How well they do it is up for debate.

Echo has scored well when it comes to responding to voice commands and working with various third-party smart home devices. Couple this with the Dot and Alexa integrates easily into your home. Setting up smart light bulbs, plugs, thermostats, and security devices can give you more influence when running your house. After installation, you can set up groups and routines. Through Alexa, you can turn off all the lights in a certain part of the house, program your thermostat while away, and monitor security. There is set up and costs involved, as well as trial and error. Once you've figured it out, you'll be saving both time and money.

Google Assistant is second in this category. The Google products required to make your home a smart home have been rated lower than Amazon’s. On the upside, they are cheaper than Amazon, and Google Assistant has been shown to answer more questions accurately than Alexa.

Apple Siri, though there are some smart home devices, they are not as diverse as what Google and Amazon offer. And since Siri is pulling a Melnitz, it seems Siri isn’t a good choice as an assistant for your smart home.

Microsoft Cortana, though brilliant, has no smart home devices it can integrate with. Cortana is going to be sticking with the computer for the foreseeable future.

No matter your choice when it comes to picking a virtual assistant, remember that we are still very far away from our own Jarvis, Alfred, and Jeeves. There may already be a Melnitz out there though. Another downside is that we’re still stuck with the task of taking out the garbage, changing the laundry, and cleaning the dishes. Unless we hit the lottery, these are still the everyday chores we’re tasked with. Without Jeeves, Jarvis, Alfred, and even Melnitz, taking care of chores can be a superhero task. Virtual assistants are nothing without the internet. Connect to the best Spectrum deals in San Antonio, TX.