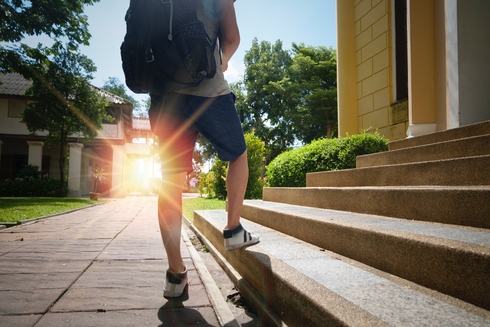 6 Steps to Finding the Best Deals on Amazon Prime Day

Category: Tips, News, Internet Deals & Packages, This & That | No Comments

The day after Thanksgiving, known as Black Friday, is the biggest shopping day in the United States. In 2017, a recorded 97,632,000 million people entered a retail store to make a purchase and the sales figures for that day, both in retail and online sales, were in the billions. More impressive than that, the numbers for Black Friday 2017 were dwarfed by the sales figures of the following Monday, Cyber Monday. And a good chunk of those sales were on Amazon. And why shouldn’t they? They’re the largest online retailer and it was the holiday season. Amazon, however, has decided to take this a step further- they’ve created their own holiday, in their own image. Amazon Prime Day. Now in its fourth year, Amazon Prime Day will fall on Monday, July 16th.

What is Amazon Prime Day?

Amazon Prime Members enjoy perks like free same-day delivery and two-day shipping, unlimited music streaming, photo storage, and reading, as well as Prime Video, Amazon’s streaming content service. The standard option is Prime Monthly, coming in at $12.99, charged monthly, and you can cancel at any time! There is also an annual option of $119 paid once for the entire year. And for those who just want to enjoy the shows and movies, there’s a Prime Video option for only $8.99. Any of these options will allow you to participate in Amazon Prime Day. Keep in mind, however, that the Prime Video option will not have the two-day shipping and same-day delivery. If you’re not wanting to pay even that much, and just want in on the great deals, then sign up for a 30-day free trial. Even with this trial offer, you can still get in on all the great Amazon Prime Day Deals!

If you haven’t already, download the Amazon App. With this app, you can preview deals in the week leading up to Amazon Prime Day.

With your Amazon App downloaded, you can set up notifications for when a product is on sale. There are also third-party services that will let you create a tracking list and stay on top of pricing changes.

Step 4- Store Your Favorites in Your Shopping Cart

The Amazon shopping cart is for more than just checking out. There’s no time limit to how long you can leave a product sitting in there. This is especially handy if you want to hold onto that special item until Amazon Prime Day. When July 16th arrives, you can open your app, check your cart, and Amazon will adjust the price to the current sale price.

Step 5- Don’t Be Afraid to Look Outside Amazon

While Amazon is having its moment on July 16th and 17th, it might not hurt to take a look at other online retailers. For instance; Amazon’s competitors, like Walmart, Target, and Best Buy may not be sitting by quietly while Amazon is throwing a huge sale with deep discounts and deals. So take a look at their online shopping options. They may even have sales going on in stores to combat Amazon. Who knows, you just might find a better deal!

Not to be left out in the cold, websites like IGN, The Verge, Tech Crunch and others will also be running updates on Amazon Prime Day sales. Check with your favorite to see if they’ve got the scoop on a specific deal coming up. If there is something you just can’t live without, stick it in your cart and wait for Prime Day to start. But even then, don’t buy it yet. Wait patiently as there are likely to be lightning deals. These deals happen at a specific time and last for a short time. Make sure to check in throughout the day so you don’t miss your chance to not only get a good deal… but a deal you could be bragging about until next year’s Amazon Prime Day!

Unlike Black Friday and Cyber Monday deals, which can last for a week after the actual day, Amazon Prime Day will end at the stroke of midnight of July 17th…Eastern Standard Time. Don't wait, take the right steps today to maximize your Amazon Prime Day Experience! Don't miss out on Amazon Prime Day deals, find the best Spectrum internet deals to ensure the smoothest shopping experience.