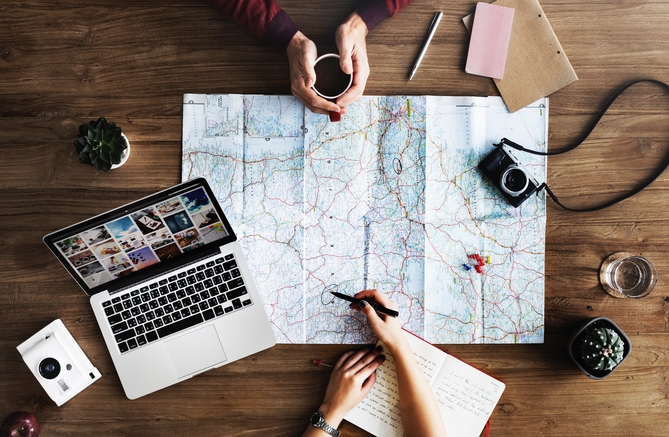 Tired of the pizza guy delivering cold pizza? The good news is Apple Maps is about to launch a new version and your pizza guy will have one less excuse!

By Category: Product Reviews, Apps, Technology
There is nothing—nothing— more frustrating than ordering a pizza and having it arrive late. And cold. The pizza delivery guy most likely has an iPhone. As of 2012, Apple dropped Google Maps as its default map app provider. iPhone users can still download a version of Google Maps. If your pizza arrived late, the Pizza Delivery Expert was most likely using Apple Maps and couldn’t find your home. There’s another possibility- he wasn’t rushing to get you your pizza and was using Apple Maps as an excuse for not getting there on time. The good news is Apple Maps is about to launch a new version. Very soon Pizza Delivery Experts will have one less excuse for being late with your pizza.

Help On The Ground

As of this writing, Google Maps is still the clear leader when it comes to accurate maps. Google has earned this distinction because they’ve sent around cars, analyzed satellite imagery, and compiled the necessary data themselves. It takes time to do this and it shows in Google’s functionality. Due to this hard work, Google Maps enjoys top billing when it comes to navigation apps; 500 Smartphone users were surveyed by The Manifest and asked which navigation app they preferred. 67% named Google Maps. To match, and surpass, Google’s position as top dog in the navigation business, Apple has gone out and started to collect their own raw data. To get the actual, on-the-ground-data, they’ve sent out a fleet of vans with sophisticated cameras and sensors strapped to the top. These work with a MacBook inside the van connected to solid state drives and an iPad. An operator monitors the image capture and ensures the assigned area has been completely driven. The images will be overlapped for 3D recreations. Routes and directions will be improved as well thanks to on-the-ground driving.

As the vans travel through neighborhoods, shooting images, the images are scrubbed of faces and any personal information. The pictures are uploaded to Apple’s databases afterward. This keeps the data “sanitized,” free from personal information. Apple Maps will also tap its users in updating real-time data collection. Apple does this by lifting only vectors and speed from iPhone Users who have their Apple Maps App open and operating during a commute. It’s small snippets of data they use to calculate traffic and route options. When users ask Siri a question regarding navigation, the query is handled by the iPhone itself and not through Apple’s database systems. Only the snippets, free of personal identifiers, will be lifted and sent through Apple Maps. These are also randomized and pulled from all iPhone users to sanitize the data for navigation purposes. Apple Maps also remembers common routes you take, helping you plan your trips better throughout the day. Again, this information is compiled and stored on the iPhone itself and not through iCloud. The benefit of this is that the more you use your iPhone, the more accurate these routes will become. On the flip side, the less you use it, the less accurate it will be when it comes to the routes you normally take. One more interesting item; thanks to this collection of snippets, Apple Maps will also be able to help map out indoor areas as well. Trying to catch a connecting flight in a new airport? Apple Maps will be able to help with that!

The last piece of Apple Maps new update will come from the satellites above. Data culled from the vans and the users will be incorporated into satellite imagery. Shapes of buildings will be clearer. Walkways established. Bike paths updated. Even recreating the leaves on the trees. From here, 3D representations are created to help you find your way better. This may not seem important in the city that you live in, but it will be a huge help when it comes to traveling to new places. Apple Maps will even match the typeface, font, and number order on street signs!

The developers at Apple are creating a toolkit to let you edit Apple Maps yourself. This will be helpful when it comes to finding what door is the right entry for a building. You’ll be able to mark where parking is. Even place a pin on which driveway is the correct driveway for your friend’s house. The toolkit will allow you to edit this in Apple Maps yourself.

As of this writing, the newest version of Apple Maps will be available only in the San Francisco Bay Area. Northern California will follow in a couple of months. The goal is to have Apple Maps available to all iPhone users by the end of the year. With any luck, pizza delivery drivers will be arriving quicker to your house with your hot and fresh pizza. Remember to tip them well. Find the best Spectrum internet deals today to improve your navigation.