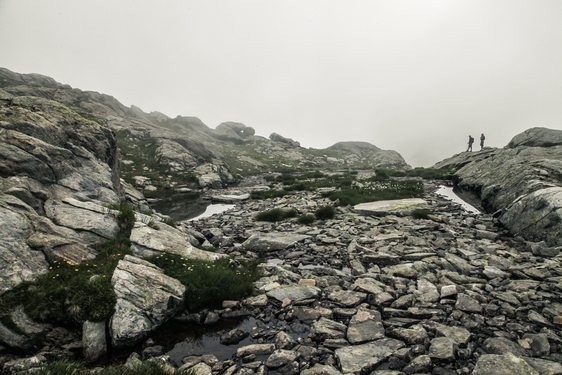 One of the biggest retail days,Amazon Prime Day…had a rocky start. After that,Amazon struggled to handle the influx of visitors on its special day.

By Category: Business Internet, News, Streaming
One of the biggest retail days, Amazon Prime Day…had a rocky start. While Amazon isn’t a slouch when it comes to handling customers, the moment Prime Day launched, they started having problems. Glitches started to pop up from the first minute. Soon Amazon had problems handling that many visitors on its biggest retail day of the year.

What Did Amazon Do?

Naturally, Amazon reacted and scrambled to fix the problem. To help deal with the sudden increase of visitors, they switched to a fallback page, the one displaying dogs. This tactic was the help lessen the burden on the exchanges of Amazon’s hubs. They ended up becoming a story of their own. A company-wide emergency conference call was set up to figure out how to deal with the problem. By that time the problems grew faster than the dog pictures story; Sable, the internal computation, and storage service of Amazon was slowed down. When that happened, Prime, video playback, and authentication services were slowed down as well. To combat the problem, all international traffic was cut off to allow the network engineers time to hastily install more servers to deal with the overload. Once that was done, Amazon was back up and running to its normal speed. Though scary, the company plowed through, working to find the heart of the issue and get them fixed as soon as possible. They did, after all, set up the whole day. There was no turning back. The good news is that this was the most profitable Prime Day for Amazon. In the end, they rebounded well.

Amazon Wasn’t the Only Winner

Other companies launched sales of their own to counter Amazon’s momentum. While there were competitive deals, one retailer had the biggest bump in sales. Pitching their deals as a “no membership required sale” Target scored its best single day of sales and traffic. Part of the reason was Target’s recent acquisition of Shipt. Another part was the Minneapolis-based retailers push to improve their online infrastructure. When an online order comes in for delivery, most of the time it’s pulled from the shelf of a brick and mortar Target. Then it’s handed over to Shipt for delivery. Other retailers reported higher than average earnings too. Walmart, though it had Anti-Prime Day Deals, also used the occasion to announce they’d partnered with Microsoft as their exclusive cloud provider. This comes as part of the news that Walmart will be launching their own streaming service soon. The real question here is what kind of content will they be producing? In the meantime, this trend of Anti-Prime Day Deals will likely continue next year. It will continue so long as this artificial holiday is profitable for Amazon.

To truly take advantage of Prime Day, Amazon’s competitors will need to find a way to emulate the online retailer’s momentum without blatantly copying. This may seem silly to suggest, but it’s usually the simplest ideas that prove to be the most effective. Simple? Yes. Easy? Not so much. Keep in mind, however, these companies have multi-million-dollar budgets for marketing and hire marketing firms that charge just as much to hire them. With this type of money being thrown around, surely they’ll be able to find the right talent to help them crack the code for the perfect “Anti-Amazon Prime Day” Campaign. Target has already done so. Finding the right talent will lead to the right ideas. It’s ideas that drive the marketing. The marketing is what makes the difference between a successful sale or not. Sadly, it’s not how good the product is, it’s how well it’s sold. For example; the Pet Rock. It’s a dumb idea to put a rock in a box and call it a pet. The marketing is what set that apart and made it a success.

With this year such a success, you can bet money that Amazon will work harder to make next year’s even bigger. Of course, they’ll need to do a better job of preparing for such an extreme turn out of visitors. To avoid such a series of glitches, they’ll need more than one fall back plan. Dogs may have been cute, but it’ll only work for so long. Another tactic Amazon can use is to coordinate the launch of a new season of one of their hit shows. Or a new show with a lot of hype. Sure there’ll be traffic for the site, but isn’t that the point? Better to prepare now for it and start building up hype while the buzz of this year’s Prime Day is still fresh in the mind.

Make the Most of Amazon

While there may have been problems with Amazon on Prime Day, make sure your home network and connection are secure. This way it’ll be Amazon’s fault entirely. Search for the best Spectrum cable and internet in your area. Condense all those charges into one, smaller, bill. You’ll save money, the headache, and be able to show quickly online. And you’ll be ready for next year’s Amazon Prime Day and Anti-Prime Day deals and discounts.