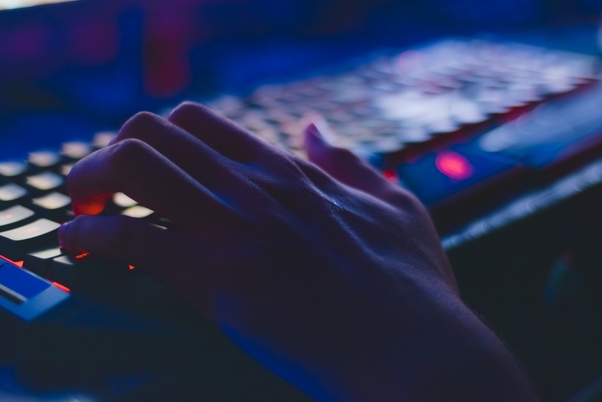 Monetizing a live stream is seen as a legitimate career. Simply set up an account and just be yourself. It’s…not that easy. Here's one way to make it work!

By Category: Entertainment, Gaming, Humor, Service Providers, Streaming, Technology, Tips
Monetizing a live-stream is seen as a legitimate career these days. Simply set up an account on Twitch, YouTube, or both, and just be yourself. It’s…not that easy. For those who assume acting is easy, simply ask any aspiring actor if they think acting can be done by anyone. Hopefully, they’re not offended and will just laugh at you. The same with comedy. To quote the great Robin Williams’ “Of course you have to know comedy. Because if you tell a joke and they don’t laugh, then you know tragedy.” Streaming content is the newest version of creating entertainment. The upside is that it’s easy to get into. The downside is that this creates a saturated market. Voices are easily lost in a market that’s brimming with people trying to get attention. To get those coveted followers it takes a lot of time and effort. Without a direction, however, even time and effort can be wasted.

I’ll admit, I have no skills when it comes to playing online games. The last time I touched a Halo game I barely scored one kill. When it comes to researching, organizing, and telling a story, that’s where my real abilities lie. Thus, I’ve given up on video games and instead have focused on reading books, reading about writing, writing, talking with other writers, editing, and writing some more. The upside of all this is that I’ve now landed a job where someone pays me to do this all day. It’s still a challenge. Putting words on the screen every day requires hard work and discipline. Working through horrible drafts is just part of the process of getting to the right one. Now let’s replace writing with live-streaming. The same advice applies; keep working at it. You’ll also learn some surprising things about yourself. For example; my boss asked me how long it would take to complete an article consisting of 800 words. I ballparked it at four hours. He blinked at me and said, “You’re the first person to use a number.” And I got the job. You don’t have to be an expert, you just need to know more than the average person.

This one has always proved difficult for me. Since I’m good with writing and rewriting, and editing, and rewriting, talking to people face-to-face can be daunting. It may seem obvious, but making friends wasn’t my forte as a child. When I worked to make people like me, I came across as a fake. And worse, desperate. No one wants to be friends, or do business with, a desperate person. And those that do are going to take advantage of you. Instead, working to find a personae or a particular schtick helped make it easier to interact and relate to strangers. It was subtle at first, and at times overblown. With time I honed it. It’s not as difficult as it used to be and I still work on it from time-to-time. By being genuine you create genuine relationships. Genuine relationships lead to a solid fan base.

Once you’ve discovered what works for you, hone it, develop it, work on it. This means, as bad as it sounds, that you much do research. Yes, research. Looking for relevant information and data that are relevant to your topic takes time. If you’re at least interested in the topic, then researching it will seem less arduous. In fact, it may even be fun. I enjoy reading books not just for the stories, but to see how the author tells them. Soon I plan on taking Malcolm Gladwell’s Masterclass on writing. If you neglect research, you run the risk of losing your audience. This links back to the “being a fake” mentioned earlier. The best comedians still do it. Jerry Seinfeld, when his hit sitcom ended, went back to doing standup. It helped him figure out new material, find what worked for him, and as he says, get back to his roots.

Then You Can Think of Monetizing

Technology, though amazing, does lull us into this false belief that things will happen quickly. We stream movies and music instantly. Every time you tap an icon on your smartphone you get a little dopamine rush from completing a task and completing it quickly. Getting into writing has taken me years. There were times I considered quitting. Thankfully, I’d started, and quit, a lot of things before then. I'm tired of repeating that process. I’m also a father now and constantly “searching for myself” does not work well with trying to raise a child. It also helps that I enjoy telling and sharing stories. I’ve also been told I’m good at it. And now someone is paying me to do it. Took about three years to get here, but better late than never, right? So if you decide that a career as a streaming personality or entertainer is for you, then go for it. Be prepared for a long road filled with tough times. In the meantime, to ensure your connection is fast so you can stream uninterrupted, check out Spectrum internet bundle deals.   “You can start any ‘Monty Python’ routine and people finish it for you. Everyone knows it like shorthand.” —Robin Williams