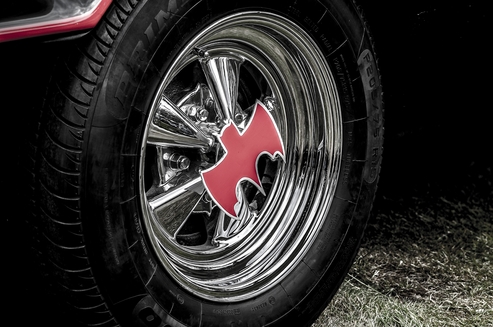 DC to Save Comics

DC has been tailing behind Marvel for the past decade,at least. To combat Marvel's dominance,DC is launching a new streaming service,DC Universe

By Category: Entertainment, Service Providers, Streaming, Technology
DC has been tailing behind Marvel for the past decade, at least. There have been a couple of bright spots—Christopher Nolan’s Dark Knight Trilogy, V for Vendetta, and The Watchmen. Maybe a couple more, but NOT Man of Steel or the Justice League. I have yet to see Wonder Woman, so the jury is still out. Marvel, on the other hand, has created a powerhouse, a self-sustaining machine of adventure, excitement, and story. Based on the concept of superheroes jumping in and out of the narratives of other superheroes, Marvel has, pardon the pun, written the comic book for how to monopolize on years of fandom. They’ve also figured out how to bring in new fans. There is still the argument that the once glorious and awesome fringe society of comic book readers has been diluted with commercialism, but sadly, this is where we are. To answer this, DC is launching a new streaming service.

Coming this fall, DC will launch DC Universe- the home for content based on DC comic book titles, as well as a vast selection of DC comic books to stream and read. Although there are properties on other networks, the new service will have options to watch those too while they remain on their respective networks. They’ll be launching original content for their service as well. One thing that makes this truly different than other streaming services is the abundance of comics available. These comics, which the properties were based on, can be streamed to various devices for reading pleasure. Just imagine- watching a show based on the Green Lantern, then reading from a curated list of issues to get the full backstory of the superhero and his foes. And doing this with your friends. Though it seems farfetched, I wouldn’t mind joining a few comic geeks for an evening of reading comic books—on a 4k big screen—and discussing them afterward. It’s a strange concept, but then again, we’re living in a time when binge-watching movies and TV is the norm. Marvel has already launched Marvel Unlimited, a platform to stream their own comic books for a fee. None of their movies and shows are there, however. There are links and synopses for the programs based on Marvel titles. The big draw for this service is the curated lists, character encyclopedia, and how they tie in with the ever-expanding Marvel Cinematic Universe. DC is going one step further and putting all that content together in one place.

Will this Save Comic Books?

Being a part of the retail world, comic book stores have been suffering in the recent retail-pocalypse. Last year sales dropped 8%. While physical comic books have been losing their draw, they’ve also begun to transition into a prestige item. This works well for the niche audience that still buys physical issues. The stores, unfortunately, will not be able to sustain themselves in this way. By installing a big screen TV and buying the top subscription, comic book stores could possibly use this to level off their losses. It’s a suggestion coming from someone with no business expertise, but it’s a creative idea at least. With DC Universe, they’ll be able to get all the content in the same place. We may soon see “Comic Book Viewing” nights at local comic book stores, and even more farfetched, in theaters.

Although I was once a die-hard Marvel fan, I do enjoy the big names of the DC universe. With the quality of their recent films, however, I’ve not been that impressed. Then again, I wasn’t happy with how the original X-Men Trilogy was handled (thanks Brett Rattner!) When Marvel finally got a clue and started writing stories that didn’t alienate their fanbase, I was happy. The content was based on the Avengers subset, which wasn’t my bag growing up, but I was familiar with it at least. Now that The Avengers is a big thing going on, I know that each movie will at least be entertaining, even if I don’t know the entire mythos behind the central hero. It’s the same with DC. The last great DC superhero movie was The Dark Knight. The Dark Knight Rises was good yet fell short of the quality of its predecessor. Then again, it was the last movie in the trilogy, always a hard spot for a creative team to handle. Heath Ledger had also passed away, necessitating Nolan to shift his direction in the overall story arc. For what it was, it was good. Since then DC has decided Zack Snyder was the one to take charge of all their films. Even after his films didn’t do so well at the box office. Maybe part of it was their insistence that they match Marvel in their scope of the story? Either way, DC has been playing catch up with Marvel for a while. This streaming service may be the one thing that turns it around for them. It’ll be small, but if there are enough early-adopters to it, the new streaming service will gain steam. It’s also impossible for Marvel to keep their momentum going as they have been. Eventually, Marvel’s bubble will burst or they’ll switch to a different method of turning their titles into live-action entertainment. Virtual reality maybe? DC, in the meantime, needs to shape up with their DC Extended Universe and they’ll be able to swoop at the moment things turn for Marvel. This streaming service, DC Universe, can be part of that. Of course, all of this will be for nothing if you’re not able to connect and stream the shows and comic books to your favorite devices. Find the best Spectrum internet in your zip code, as well as save yourself some money. Then get to reading!