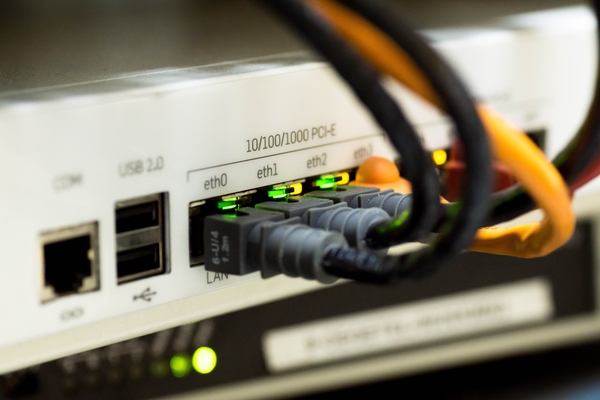 As more and more devices are integrating and folding into others,there’s one stubborn resister- the cable-top box. Here's two ways to solve that issue.

As more and more devices are integrating and folding into others, there’s one stubborn resister- the cable-top box. No matter what the new advances in technology these days, cable-top boxes are still around. They sit there, blinking dumbly at you whether the show is loading or not. Some customers complain they’re an eye-sore, others hide them behind furniture. Though this does fix an aesthetic issue, it ends up killing your Wi-Fi. Despite smart-home devices becoming more plentiful, and easier to use, the cable top box hasn’t changed much.

I remember the days of Saved By The Bell. Remember Zack Morris? Remember that phone?

The cell phone began as a luxury item, much like cable. And much like the cell phone, cable has evolved. It seemed to be stuck though. Cell phones, on the other hand, have changed. They began to get smaller and smaller, lighter and lighter. But they still had horrible sound quality and would drop calls. That’s when providers learned to improve cell signal quality. Then came texting, games, mapping apps, music, and other bells and whistles. More and more stuff kept getting shoved into this little device until they ceased to be cell phones and instead became smartphones. Touchscreens were at first a hip new thing, now they’re a requirement for inclusion in the smartphone category. If we’re to follow this analogy, cable top boxes are sitting at where cell phones were at the turn of the century. They have a lot of functionality in them, but there’s obvious room for improvement. Not to mention they’re still clunky and come only in one color. Instead of moving forward, cable-top boxes have halted in their evolution.

Cable companies still make a lot of money off the cable-top box, the main reason why there hasn't been much improvement with this technology. They’re a requirement for access and customers rent them monthly. It’s an income stream they’re not willing to get rid of. And who can blame them? As more and more streaming services enter the market, and less and fewer people continue to pay for cable, the cable-top box needs to adapt or die.

Jason Brush, the global EVP of experiences &amp; innovation for Possible, argues the cable-top box is not living up to its potential. With the push for TVs to be less of a TV and more of a smart hub for smart homes, cable top boxes could provide this already. Since cable-top boxes are usually the entry point for internet into a home, it makes sense to make these the hub for the smart home. Instead of only allowing cable access, with a DVR, cable top boxes could act as the headquarters for all the smart home devices. Brush suggests making them voice-activated, or to expand the user interface to make it more intuitive. The cable top box would become so much more than just “that thing for the cable.” By changing the gizmo into another smart home device, the cable top box would have more functionality. It’d be part of the home’s network instead of a network on its own.

Another suggestion and the one consumers are more likely to approve of, is to have the cable-top box go the way of the dodo. That is, to become extinct. Take the cable option and incorporate it into an app available on your smart TV. This choice takes away a huge income stream for the cable company, so it’s the one they’re going to be the least happy with. The consumer, on the other hand, will be glad to get rid of the ugly thing and make their lives a little simpler. With smart TVs becoming more and more integrated into the smart home, getting rid of the cable top box is a natural part of the process. TVs will absorb the duties of receiving the cable signal and managing the smart home devices. And it’ll only require one remote too! Or heck, even an app from your phone.

The Future of Cable

Once the cable top box goes, and it will go, cable companies will need to rethink how they provide services.

Although streaming services are pulling in more customers every day, cable television isn’t done yet. There will always be holdouts who decide they’re going to stick with cable, no matter what. Then there are the cable companies themselves who have spent years and years building their empires. No one walks away from something like that just because they think a new competitor is too strong. Cable companies will find a way to adapt to the changing environment. The real question is; will they come up with a solution sooner rather than later? The good news is cable companies are still around and with streaming services coming after them, they’re eager to cut deals to ensure they increase their subscriber base and keep current customers. Search for the best Spectrum bundles. These bundles put cable, internet, and sometimes phone, into one package. You’ll save money by putting your services into one spot, as well as streamline the connections into your house. The cable top box will remain for the foreseeable future. This isn’t a bad thing at all, except if you don’t like the design and color of it.