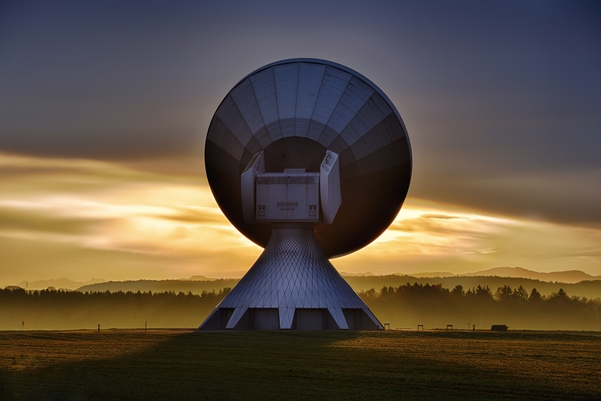 The Future of Satellite Internet in 2020 Hinges on 3 Factors

As cool as satellite internet is, there are a lot of complaints with it. But what if there was better technology? What if it wasn't about technology at all?

There’s cable internet, DSL, fiber optics, and then there’s satellite. These are the most common means of connecting with the internet today. The best option, and usually the fastest, is fiber. But that involves installing the wires needed. Thus, fiber is mostly limited to urban areas. Rural internet customers are left out, both figuratively and literally. If DSL and cable are not installed nearby, then the only options left are satellite internet providers, or if you're lucky, fixed wireless. As cool as satellite-internet is, the common complaint is that it’s too slow, or that weather interferes with the signal too easily. There's change on the horizon though. Is there a way to make satellite internet more reliable? Who's working on new technology to decrease latency, and increase download speeds to be on par with fiber? What if it wasn’t about technology at all? As of this writing, there are companies out there working on just that. According to an article on PC Mag, it’s the “New Space Race.”

To solve the issues plaguing satellite internet’s reliability and latency issues, both well-known and unknown companies have begun their own research into how to get around all the factors involved with transmitting internet signals from the earth’s surface up into space.

DSL, fiber, and cable, all have the advantage of being installed on the ground. Satellite services like HughesNet and Viasat, contend with about 310 miles, at least, of space between them and the transceiver they’re hooked up to. That’s 310 miles, at least, of space that stuff can get in the way. Storms, even some cloud cover, can have an effect on this signal. A satellite signal is, at its core, energy riding on waves. Clouds and storms have a way of breaking up that energy. Sometimes it’s a small disturbance, other times it’s a big one. Geography, such as mountains and trees, have a more powerful effect on this energy. The signal can’t go around them, which is why satellite dishes need to have a relatively clear line of sight to the satellite itself.

Tossing a football a short distance is easy. Throwing it the length of a football field, and into the hands of an open receiver, is much more difficult. And while NFL quarterbacks are paid millions to do this, their accuracy is still on par with satellite signal strength. I could name a few quarterbacks who’ve upset me in this way, but that would be too mean. A satellite, in simplest terms, is throwing a football over 310 miles, at least, to a receiver. The receiver must be able to catch and throw it back. To extend the metaphor further, because of the distance and the among of energy needed to hurl something that far, the satellite can only throw a small football. That football needs to go up to the satellite, and back, quickly. Which is why it’s kept so small. That’s why there are data caps involved in satellites.

To combat these issues, companies are trying new methods for getting around the issues. SpaceX’s Elon Musk petitioned the FCC to send up over 7500 satellites for his endeavor, Starlight. These satellites would be placed at different altitudes above the earth, some in low orbit (310 miles), some in medium orbit (3,000 miles) and the rest in geostationary orbit (about 22,000 miles). The idea is to have more satellites to transmit the signal to resolve any latency and speed issues. Google has Project Loon, which will use balloons instead of satellites. These balloons will be sent up to the stratosphere and will link up to transmit signals. Then there’s OneWeb, similar to Starlight, only they’ll use a small number of satellites for their network. The key difference is the method in how they link the satellites together. The short answer is; it’s complex. Both developers are using a different way to set up their networks. Which one will do a better job?

All this new technology will undoubtedly yield some benefits. The speed and reliability of satellite internet may remain at the level it is today for some time. But it’s good to see brilliant minds working to solve the issues. The more they work on it, the sooner we’ll see results. The technology, however, is not what will be the deciding factor in who wins the New Space Race. It’ll be because of these three factors.

1.     Who Will Create a Viable Infrastructure?

All the technology in the world will not solve the problem of increasing the speed and reliability of satellite internet. Sure, technology is great, it can connect us over great distances, but it needs to be structured in such a way to achieve that greatness. Amazon didn’t perfect the book-buying business, they found a better way to deliver the books to the customer. To do this they needed a warehouse and delivery system. They could have started with delivering toothpaste and it still would have come down to how well they were able to get that product into the hands of the person who ordered it. Satellite internet, to be the next big thing, needs an infrastructure that maximizes the technology available. By streamlining the process, the satellites above can do a better job of sending and receiving signals.

AS with any movement, there are the early adopters. These are the people who see the value in something that’s not been perfected yet. There will be bugs involved, frustration when it comes to incorporating it, and other problems. These early adopters gladly take on that burden because they see this new technology as giving them a value far outweighing the problems. The trick is getting those early adopters to see the opportunity, which leads us to point #3.

Steve Jobs, Herb Kelleher, and Mark Zuckerberg have something in common. They respectively did not invent the home computer, cheap flights, and social media. They found a better way to market it to the consumer. Jobs with his Apple II made his computers easier to use by taking out the need for the average joe to know the programming language. Kelleher found a way to make buying flights simple, fun, and cheap. Zuckerberg took the concept of a university-wide student directory and put it online along with the ability to message friends and share pictures. There are other pioneers like these who didn’t invent something new, they just found a better way to market it to the individual. For satellite internet to take off, it will not be because someone figured out a way to make it 100% reliable. Though that would be very important to the story, it will mean nothing if no one knows about it.

The Internet Will Change

The one constant in life is that there will always be change.

The internet is no different. What will the next change be? No one knows for certain. Given that there are a lot of minds, and a lot of money, involved with improving satellite internet, satellites will play a bigger part in the future of it. Until then, we’ll have to make do with what we have. If you’re a rural customer or an urban one, save yourself some time and check out the best internet and cable packages. This way you don’t have to do all the work of finding the best deals in your area, and you can save some money too.