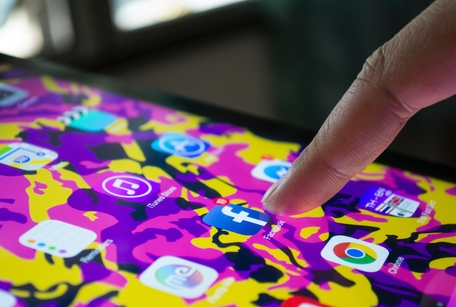 Facebook is having more tough times. Last week their stock dropped 19%, resulting in a net loss of $119 Billion. Is this the end for Facebook?

By Category: Business Internet, News, This & That
Facebook is having more tough times. Last week their stock dropped 19%, resulting in a net loss of $119 Billion. That’s “billion” with a “b.” The once meteoric Facebook is having trouble with growth. That’s not surprising as they’re still recovering from the Cambridge Analytica Scandal from back in March. This forced the social media giant to implement new policies when it comes to protecting their users’ privacy. This new direction for Facebook is proving problematic. Here’s why.

Kite on a String

When Facebook launched, the concept of social media was still relatively new. They were a kite on a windy day with maybe one or two other kites in the air at the time. So Mark Zuckerberg sends up his new kite and the winds are strong. Before long, other people want to play with it as well. Zuckerberg, wanting to expand on the idea, allows them to attach a string to the kite. These new users then tell their friends about it and they want to attach a string. What once was a kite that only Harvard students could attach their strings too, is now a massive one that’s got strings all over the world. A good analogy for Facebook. Like a real kite with over 2.23 billion strings, manning such a thing becomes unwieldy. It also doesn’t help that the once clear sky is now full of other kites, with other strings. When kites, and organizations, become that big, the people in charge stop seeing the minute details. They hire other people to take care of those things for them. They turn their focus to the bigger picture. It’s no longer about a small kite with only a few million strings. When it’s that small, a handful of people can manage the day-to-day tasks of keeping the kite in the air and keeping the users happy. It’s now about keeping something so big aloft, keeping the users happy, not letting other kites swoop in and cut strings, and making sure international governments are okay with that thing in their airspace.

Back in 2014, Cambridge Analytica, a political consulting firm in Great Britain, began to check each string holder. Or, to keep with the metaphor, they read the string- every strand. Some strands are meant to be public. This is, after all, social media. Some strands were not meant to be read by outside parties. Minor details like people’s personal information. Cambridge Analytica read the strands and used that information in their consulting. This is unethical. Worse than that, the British government argued that Facebook should have done more to keep something like this from happening. Facebook has since been fined. In reaction to the fine, they’ve rolled out new algorithms, procedures, policies, and methods of protecting people’s data. To keep the kite in the air, in an ethical way, Facebook is working harder to keep people from reading all the strands in the strings that attach to the kite. It’s a new direction. Directing something with 2.23 billion users, be a kite or an organization, is going to take some hard work.

With the Cambridge Analytica Scandal three months old, Facebook released a report on the status of their kite-flying. It did not sit well with investors. Investors were worried about the decline in new users, and that new apps and policies had hurt revenue growth. Facebook’s loss of $119 billion in one day may the biggest single-day loss in history. Something that big may seem like writing on the wall for Facebook. The beginning of the end. It may not be.

To recover from the Cambridge Analytica Scandal, Facebook implemented a slew of new efforts to better protect users’ privacy. For a while, it seemed as if every day there was a new notification on the newsfeed that “Facebook cares about your privacy.” That was why. It’s calmed down now, but it’s not completely over. These new measures by Facebook are a part of a larger shift in the company’s direction. Now Facebook is working to keep their users’ information more guarded and use it less for advertising and third-party companies. This direction means that ad revenues will go down, as already indicated in Facebook’s most recent earnings report. Couple that with the fallout from the Cambridge Analytica Scandal, and it’s natural that such a hit would happen. Maybe not as bad as $119 billion. For Facebook to stick to their goals of greater protection is admirable, if a little late in the game. Investors and analysts aren’t too worried either. While it was a one-hundred-nineteen Billion dollar drop, Facebook is getting adjusted to new internal policies. Advertisers and third-parties are still catching up as well. With this new direction, Facebook is working to drive up engagement with their users’, a better idea than just inundating the newsfeed with ads. And when your newsfeed becomes less cluttered by these pointless ads, it’s a welcome sight.

With Facebook taking this new direction, the future is full of interesting opportunities.

A Shift in Social Media

Social media, for all its positive attributes, is somewhat annoying. Instead of interacting with human beings, we’re interacting with virtual representations of people. This is helpful for staying in touch with people who live far away, or for celebrities and politicians. It’s not helpful for the people who are in the same room. Facebook could be on the cutting edge of the next trend in social media. Less time staring at a screen and more time doing the things that get posted on newsfeeds. How Facebook will manage to do that is anybody’s guess. Given the amount of brain power they employ, it’s well within their reach.

Facebook got caught for doing something bad and is now trying to rectify the situation. It’s a long road, but Facebook can stand as an example of what to do before a company runs into an ethical dilemma. And how to pay attention to third-party users and what they end up using the data for. With the world becoming more and more digital, data seems to be the currency. Not in the sense of blockchain and cryptocurrency. In the sense that people’s lives are getting reduced to ones and zeros. When everything about a person can simply be downloaded, the issue becomes “who can we trust.” Facebook is working to prove that they can be trusted with that information. If they can pull it off, then they’ll be back on the rise as more and more people will entrust them with their personal data.

Before you can connect to social media, you must be able to connect to the internet. By checking out the best Spectrum internet packages you can feel safe knowing you’re getting a secure connection with our providers. Because what good is it if you get the best speeds but are not confident your information is secure? When it comes to that, you’re probably better off going outside and flying a kite.