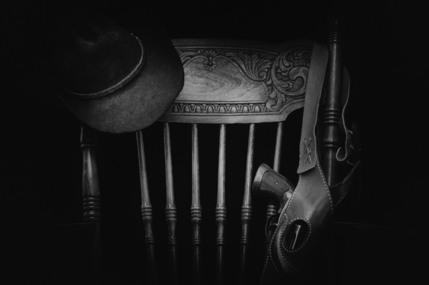 In recent posts,HBO has been dealing with bad news. It may have found their one weapon in the coming retaliation against Netflix. His name is Joss Whedon.

By Category: Business Internet, Cable, Entertainment, News, This & That, TV
Previous posts, like this one and this one, have been detailing HBO’s current woes and challenges as they navigate their new world that’s post-merger, and post Netflix. And yet, HBO keeps on surprising. As of Friday, Joss Whedon’s newest show, The Nevers, will be on HBO. This may be their edge in the upcoming retaliation for Netflix edging them out in the count for Emmy Nominations.

Joss Whedon, for those who haven’t been paying attention, has been behind some of the biggest entertainment hits in recent history. He had humble beginnings writing for a few sitcoms in the late eighties and early nineties. His first big-screen writing credit is Buffy, the Vampire Slayer. This cult hist spawned a TV show of the same name and a spinoff series, Angel. From there, Whedon had a string of shows that lasted one, maybe two, seasons before the brilliant minds in Hollywood decided to pull the plug. The most famous of these was Firefly. Executive meddling got int he way of its greatness and the sci-fi western floundered. When it ended a fan writing campaign was enough to get a movie made—Serenity. If you want to see a younger Nathan Fillion in an iconic role, as well as lead an amazing cast of characters and actors at their best then watch Firefly. Other, lesser-known but equally entertaining shows that Whedon created were Dollhouse and Dr. Horrible’s Sing-A-Long Blog. Well worth your time. Luckily, Whedon’s writing and directing skills didn’t end there as he was tapped to helm the first two Avengers movies. These cornerstones of the Marvel Cinematic Universe grossed big in the box office and put Whedon up there, where he belongs, next to other great names in screenwriting and directing. He also created and produced the ABC Studios Agents of Shields, a weekly drama that tied together the various parts, introduced minor characters, kept the hype of the MCU going. Unfortunately, the stress of working within a complicated universe, and probably some executive meddling again, cause Whedon to go on hiatus. He didn’t disappear entirely, he just took some time off and wasn’t seen for a little bit. DC, finally making a smart move, hired him to help write the screenplay for the first Justice League movie. Now if DC could just get a coherent continuity going, they may just be able to contend with Marvel!

He is most well-known for his campy sci-fi and fantasy shows, as well as his involvement in The Avengers powerhouse. That’s not all he’s done though. There’s plenty of movies to his name, but his best writing work is by far is The Cabin in The Woods. Bradley Whitford, Richard Jenkins, and a pre-Thor Chris Hemsworth show us their acting chops thanks to the superb script penned by Whedon and Drew Goddard. If you’re looking for both clever humor and truly thrilling horror, this movie delivers. It’s also one of those rare gems that you wish they could make a sequel out of but know that it would be impossible to do. Just watch the movie, trust me, you’ll understand.

Thanks to his name carrying clout, when Whedon expressed interest in shopping around a new show, a bidding war erupted. HBO won that war, bringing Whedon to their network and quite possibly putting the odds in their favor again as they combat Netflix and Amazon. The Nevers, described as “an epic science-fiction drama about a gang of Victorian women who find themselves with unusual abilities, relentless enemies, and a mission that might change the world,” was greenlit before a pilot was very written. That’s just the kind of clout that Whedon carries these days. While we only have this short description to go on, we know a lot about Whedon’s style based on his previous shows and movies. First, we know he’s a master story-teller and will take his time to build the story. For those who keep with him, the ending is a sweet reward. Everyone else has to play catchup. Second, Whedon was able to create a vast and rich universe on very little money. Imagine what he could do with HBO backing him? Third, there are great actors, and then there are great writers who push great actors to another level. Nathan Fillion is a great actor. It's a true treat to watch him play the role of Captain Malcolm Reynolds. It's what has set him apart from the rest. One last thing- Whedon’s storytelling isn’t the same as the rest. While HBO is known for their gritty violence and blatant sexuality, Whedon will likely chart his own course. There’s no stopping him now that he’s on HBO. Whedon's a different creator though. He could decide that his story doesn’t need that to win our hearts and capture our imaginations. Aa Captain Reynolds says, “I aim to misbehave.”

How Long Do We Have to Wait?

As of this writing, the premiere date of The Nevers is unknown. Until then we’ll have to make do with reruns of Firefly, Agents of Shield, and Buffy the Vampire Slayer. Depending on your service provider, you can get access to all these titles and more. If not, make sure to check out the best Spectrum cable internet. You’ll be able to bundle both cable and internet. You'll also lower your bills while getting your mind blown by the cinematic mastery of Joss Whedon.   “I Think I can get it to go down.” “Do we want to go down?”